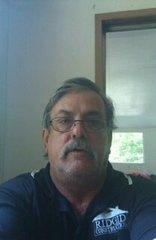 Bryan Guntharp came to work as a Project Manager for Ridgid in 2008. He spent most of his career as a commercial roofer, starting out in his early 20's as a union worker in Chicago, IL. He was promoted to jobsite foreman in 1998 and spent the next ten years training and overseeing installers, and overseeing large commercial projects throughout the Chicagoland area. His knowledge of roofing, both residential and commercial, is from his hands-on experience as well as years of laborer and management training.

In addition to being a Project Manager, Bryan is our go-to guy when it comes to overseeing large, commercial jobs, offering solutions to problems that arise, OSHA compliance as well as working with our subcontractors to make sure every job is done right the first time.

He has a nack for interacting with customers, subcontractors, adjusters, and vendors. As a Project Manager, he is able to share his expertise customers and help them understand the roofing process. His knowledge of roofing makes him very skilled at working with insurance adjusters on behalf of his customers.

“They took care of everything for me, including dealing with insurance and mortgage company.”

“It went great. They treated us very well.”

“They were really good about letting me know exactly when they would show up and what to expect.”

“I had a very good experience with this company. They were responsible and professional about everything.”

“We were surprised by how good the roof look in such a short time! We'll be happy to pass on a recommendation whenever the opportunity presents itself!”

“I am very please with the appearance of my new roof. My neighbors have congratulated me on the roofing job. I would like to say thank you to Mr. Guntharp.”

Read Full Testimonial
William of Moore, OK
Back to Previous Page Back to Meet The Team