Joe B. had noticed a significant amount of roof granules piled at the bottoms of his downspouts following a recent hailstorm and was concerned he may have sustained damage. He had read reviews on Angie's List and thought Ridgid Construction would be a great fit and called to have see if someone could come take a look.

While this is not uncommon to find, following severe wind and hail, the amount was far in excess to what would be considered normal. Justin with Ridgid Construction conducted a full evaluation of the roof, as well as a 13 point inspection to the rest of the property. During the inspection, it became clear there was in fact hail damage, but the amount was unsettling. This was due to 2 reasons, when his home was built, they had used a 1"x 8" plank decking which did not provide a solid substrate for the shingles.

And second, The roof did not have adequate roof ventilation, which was causing the shingles to degrade at a much faster rate. In our area, these are both extremely common problems. Justin went on to find that the Roof wasn't the only portion to sustain damage. Joe's Gutters & Downspouts were dented, his fence sustained both structural & cosmetic damage, the condenser fins of his air conditioner were damaged, and his fascia wood on the home now require replacement and new paint. He recommended that Joe file a claim with his homeowner's insurance and agreed to meet the insurance adjuster to ensure all items were accounted for and required replacement.

Following the adjustment, the insurance adjuster was in agreement with Justin's scope of repairs. Justin also provided the "to date" building codes which state that plank decking is no longer considered code, so the insurance company is paying for a brand new re-deck.

Ridgid Construction is a multi faceted General Contractor and services all of the aforementioned tradework, Joe now has a blanket warranty covering all services provided! 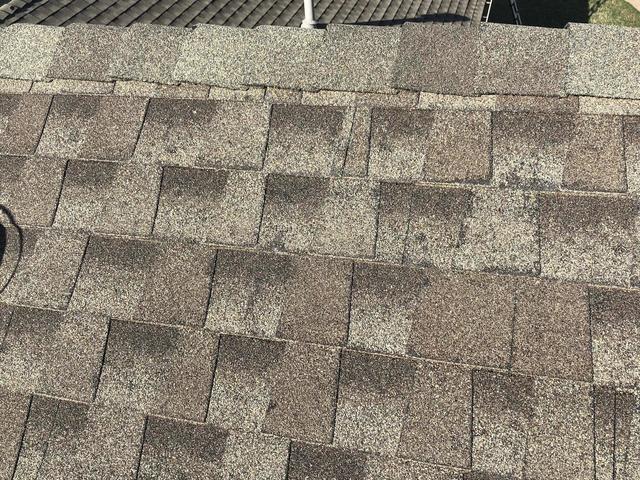 Back to Previous Page
Back to Case Studies