The Ridgid team gathered for a weekend of cleanup, building supply and food donations, and overall support for the victims of the May 20, 2013 devastating tornados in Moore, OK. The wherewithall of Oklahomans is incredible to watch in action, people from every walk of life gathered from near and far to support their "neighbors". Some of these photos in this album depict the strength, faith, and resilience of Oklahomans. We only wish we had more photos to share, but there was way too much to do once we got to work. On the afternoon of May 20, 2013, an intense and destructive EF5 tornado struck Moore, OK, and adjacent areas, with peak winds estimated at 210 mph , killing 24 people and injuring 377 others. The tornado was part of a huge weather system that had produced several other tornadoes over the previous two days, including five that struck the day prior on May 19. The supercell left a path of destruction including an estimated 1,150 homes resulting in an estimated $2 billion in damages. 377 people were injured. Entire neighborhoods were obliterated, and houses were flattened in a large swath of the city.  Sadly, among the hardest hit areas were two public schools, Briarwood and Plaza Towers Elementary schools. Seventy-five children and staff were present at Plaza Towers Elementary School when the tornado struck and seven children were killed there. Upon arriving on the scene, it was a bit overwhelming. How can 15 people make a difference with so much devastation across such a large area? Everywhere you looked homes and businesses were destroyed. We began with donations of food, water, and supplies to the various command stations that had been set up, as well as to individual homes along the way. Then, equipped with shovels, pitchforks, tarps, storage containers, garbage bags, lumber, tools, food, water... we just chose a location to stop and start. One of the most satisfying experiences was when part of our team was working with homeowners of a flattened home, digging through the rubble to salvage anything they could. But they were looking for something special, near and dear to them. A ceramic urn containing his mothers ashes. Nobody ever dreamed it could survived such a vicious tornado, but they were determined. Nearing dark and almost giving up for the day, one last turn of the pitchfork uncovered the urn, in tact! Tears, emotions, cheers, hugs,... priceless. Nine days later, a fundraising concert was held in downtown Oklahoma City. Hosted by OK native and resident Blake Shelton and featuring dozens of top performers, the concert raised more than $6 million. It was an uplifting testament to the power of love and song.   The Moore City Council proposed a measure making twelve changes to its residential building codes, include requiring that new home construction in the city include hurricane clips or framing anchors, continuous plywood bracing and wind-resistant garage doors in order for homes to withstand winds up to 135 mph (equivalent to a high-end EF2 tornado). When the measure was passed unanimously on March 17, 2014, Moore became the first city in the US to adopt a building code designed specifically to address tornadoes. While we all hope they never have to endure such destruction, pain, and heartache again, at least these changes implemented as a result of May 20, 2013 will make a difference if they do. We are proud and grateful to have been able to make a small difference at an incredibly difficult time for so many. 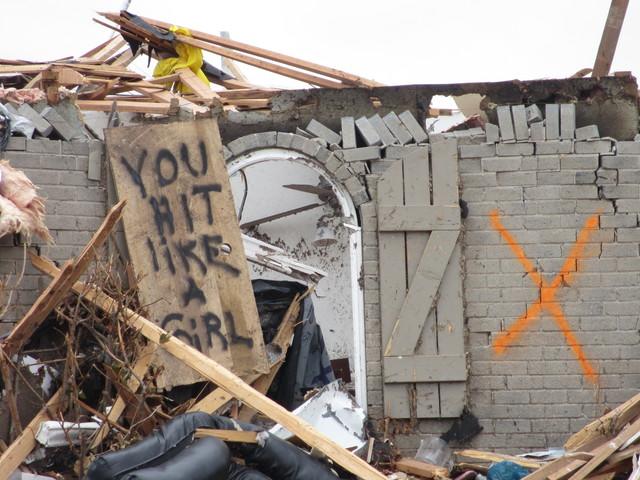 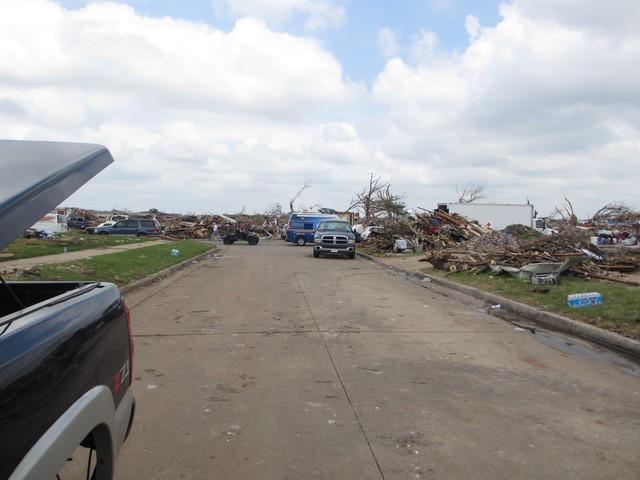 What was once a developed neighborhood, nothing recognizable was left. Sorting through the rubble to salvage anything possible was the first step. 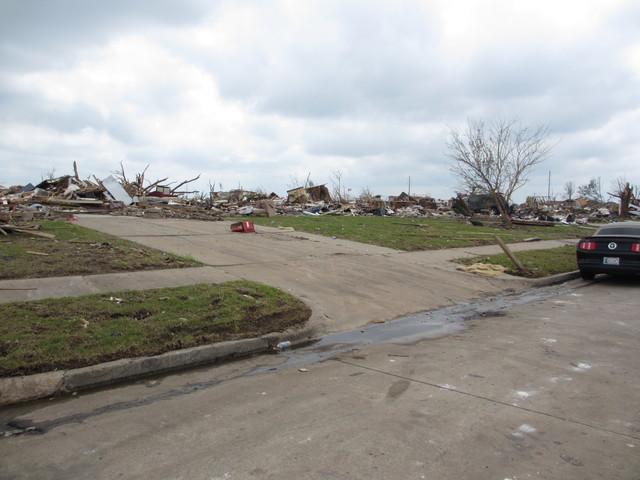 MORE PICS OF DEVASTATION IN MOORE

Nothing remains of this family's home 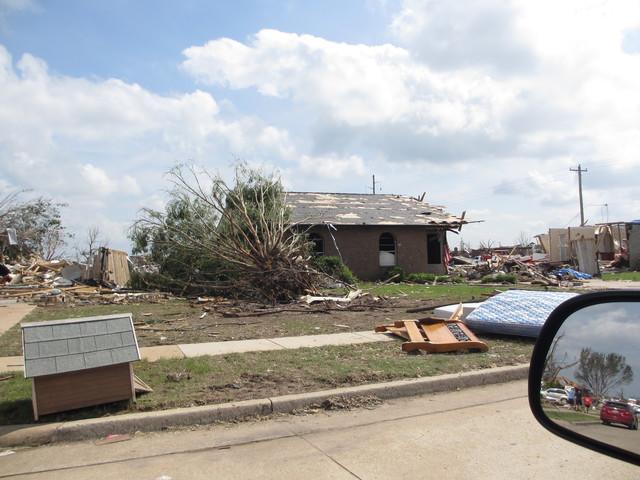 While this home appears to have fared better than some, it would have to be razed and rebuilt. At least some of their belongings were still in tact. 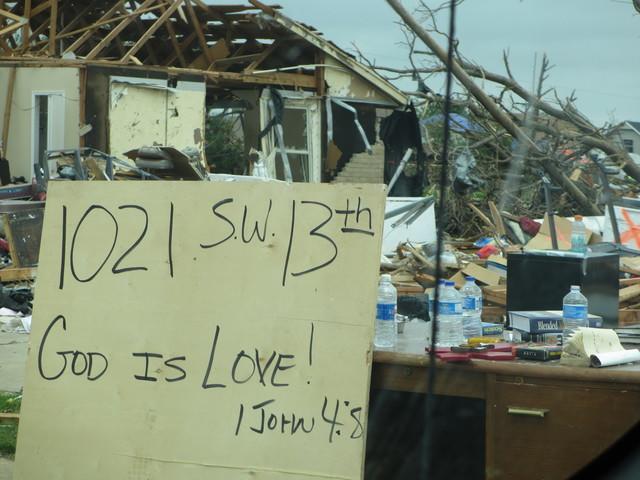 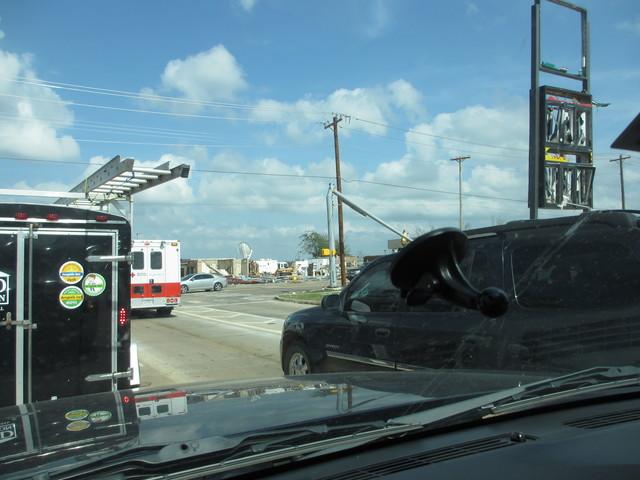 Much of the Moore business district was damaged or destroyed. Contractors, emergency workers, suppliers... arrive to lend support. 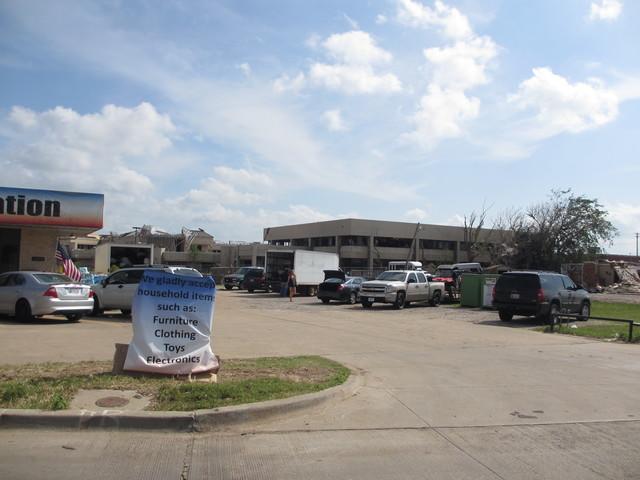 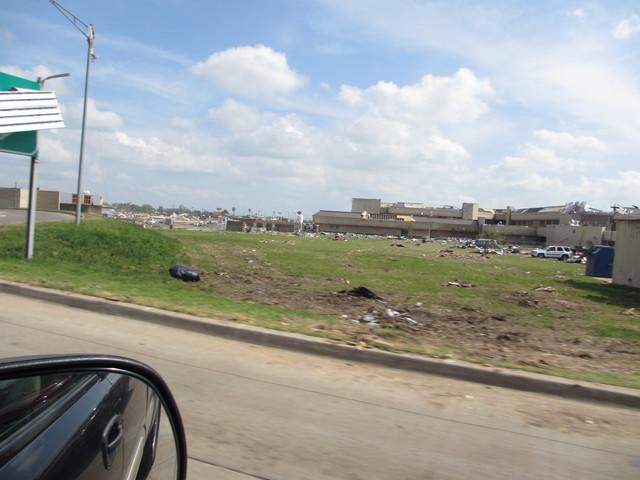 Another view of the Moore Medical Center destroyed in the June 20, 2013 tornado. 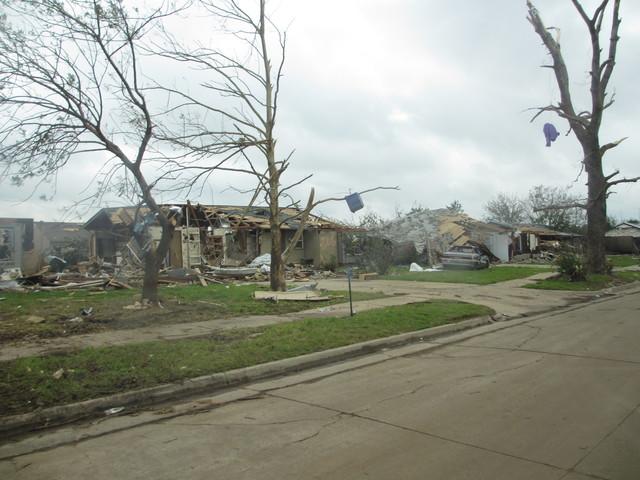 With homes around it leveled, this home was left standing, possibly due to construction techniques. Many updates to building codes in Moore, OK were implemented over the course of the following year. 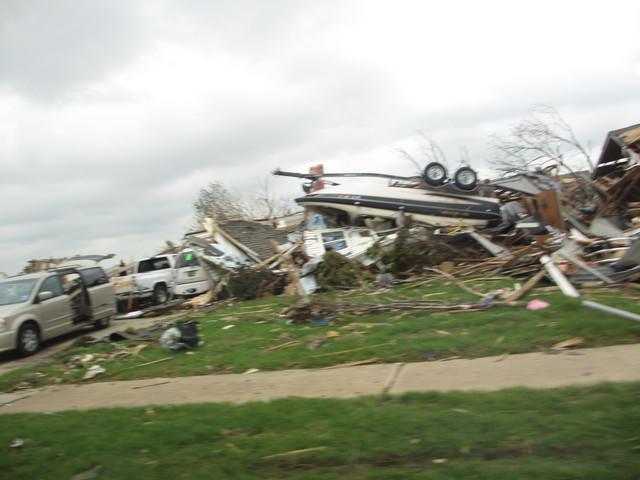 Entire neighborhoods were leveled leaving them unrecognizable. Vehicles were thrown, mature trees uprooted as were so many lives. 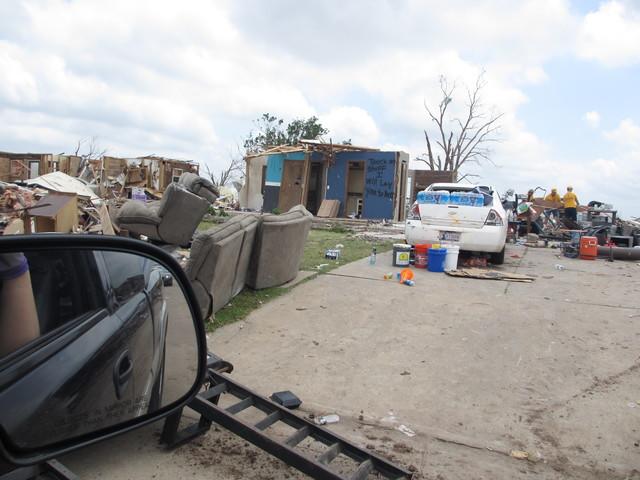 Volunteers arrived throughout the day, whether they contributed labor, materials, food... all were there to support their fellow Okies. 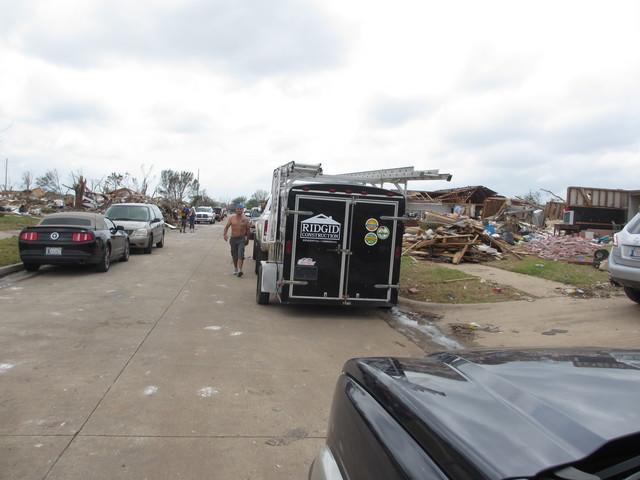 After arriving early to drop off supplies and food at some of the many "command stations", there were so many people in need of help. 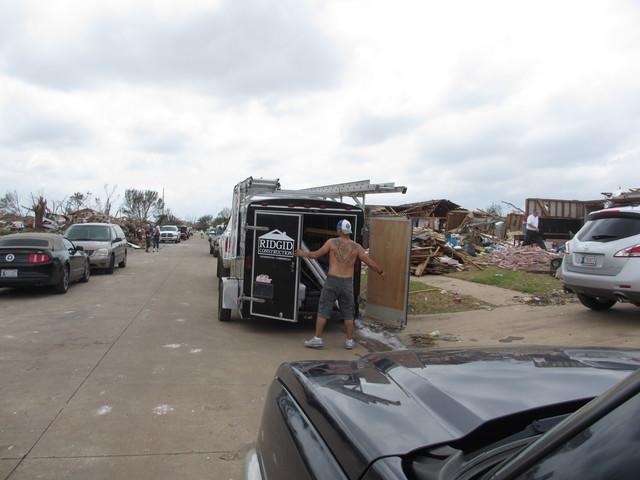 Supplies being unloaded on site including plenty of water which was welcomed by everyone in the OK heat. 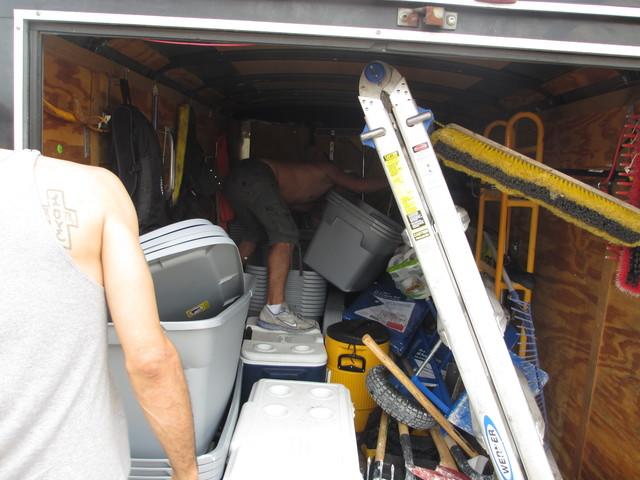 Supplies being unloaded on site including plenty of water which was needed in the OK heat.

Back to Previous Page